Lego Rovers demonstrates ideas from artificial intelligence and robotics through the remote operation of a Lego "Mars Rover".  Information from sensors can be used to construct rules to allow the robot to avoid obstacles and hunt for interesting minerals. 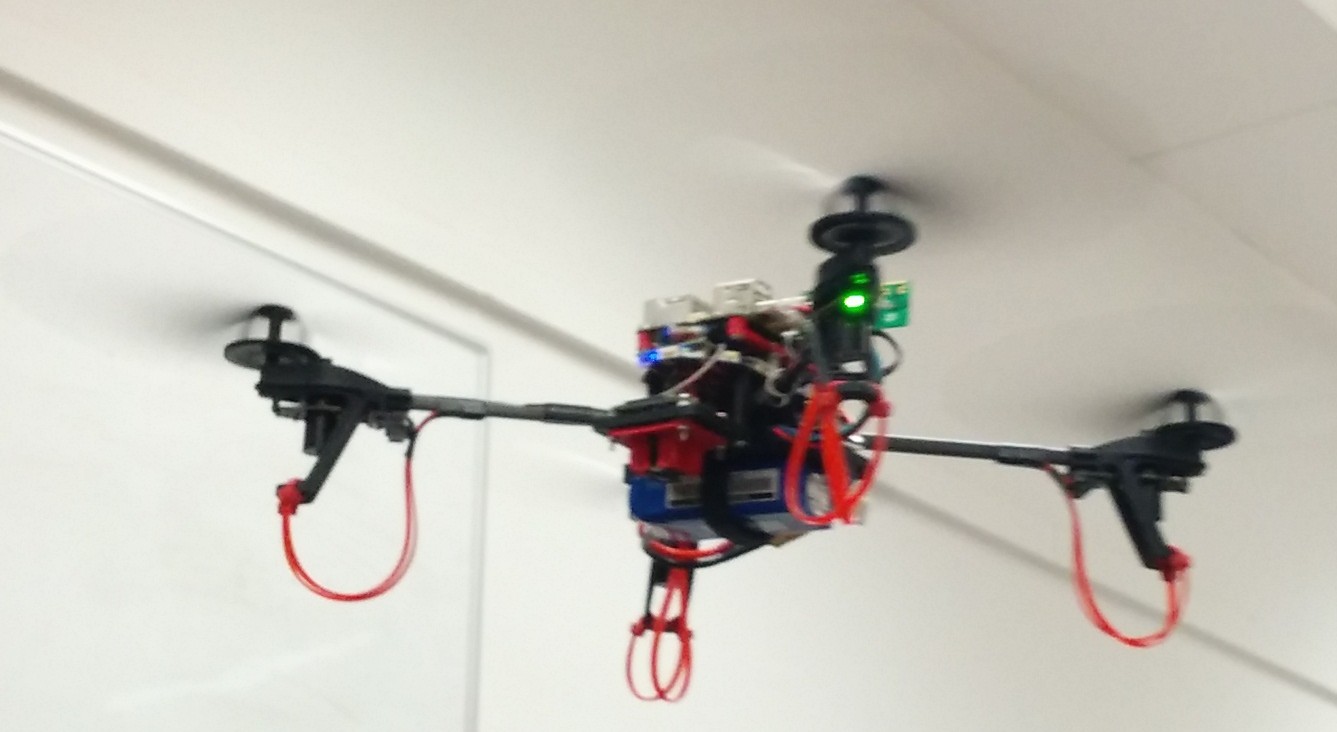 We present a demonstration of our distributed, vision-based, cooperative localisation framework DCTAM (Distributed Collaborative Tracking and Mapping). Our framework allows a team of low-cost Micro Aerial Vehicles (MAVs) to cooperatively localise within, and explore previously unknown environments. The distributed nature of our framework makes the system robust to the delay found in typical wireless networks. 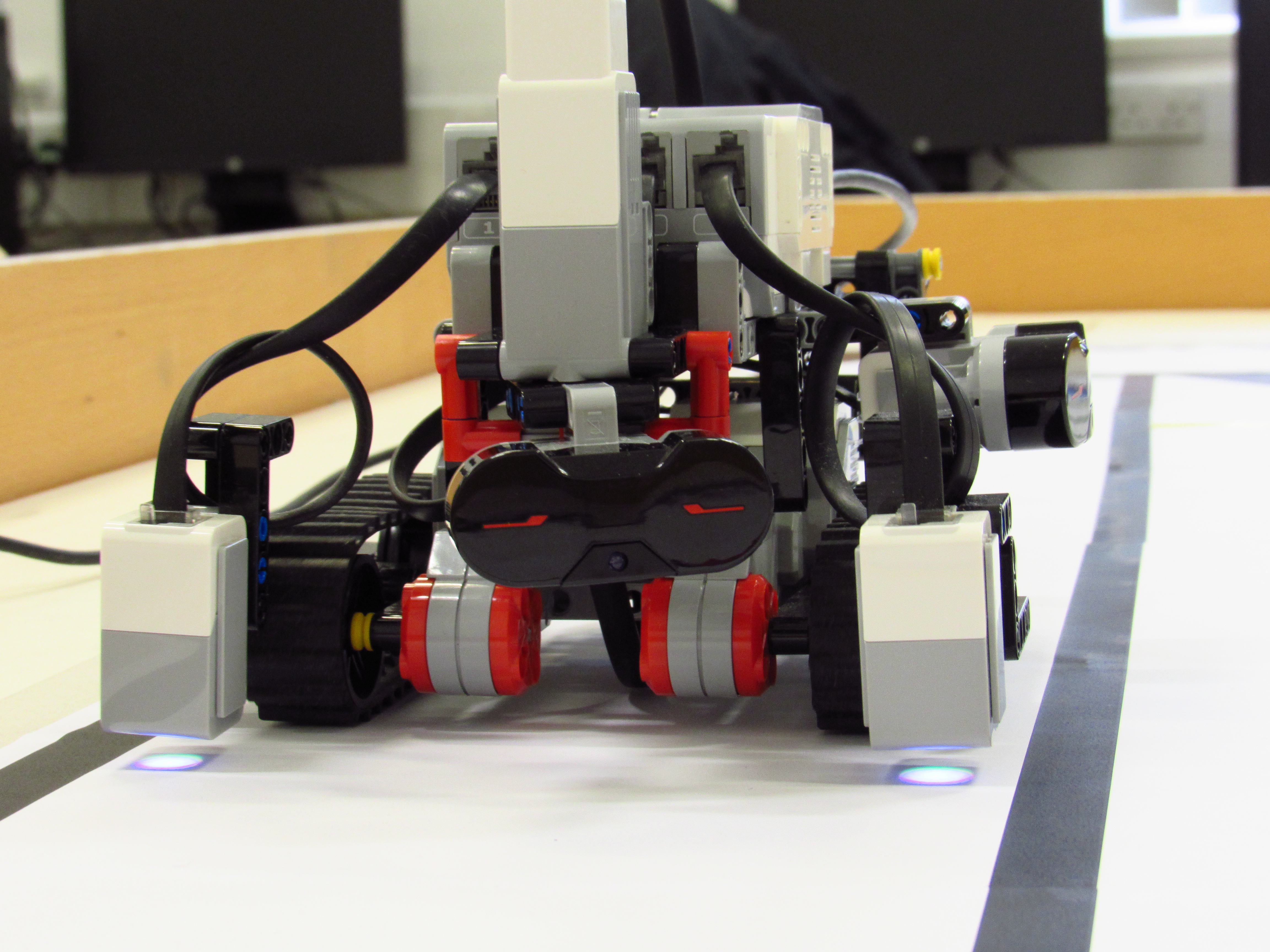 This demonstration uses Lego EV3 robots to simulate the operation of aspects of autonomous cars and to highlight research issues concerned with the development of these. Examples of some of the actions to be covered in the demonstration are parking, object avoidance, obeying the rules of the road and co-ordination with other autonomous cars.

Emergency response: what are the roles and limitations for technology? 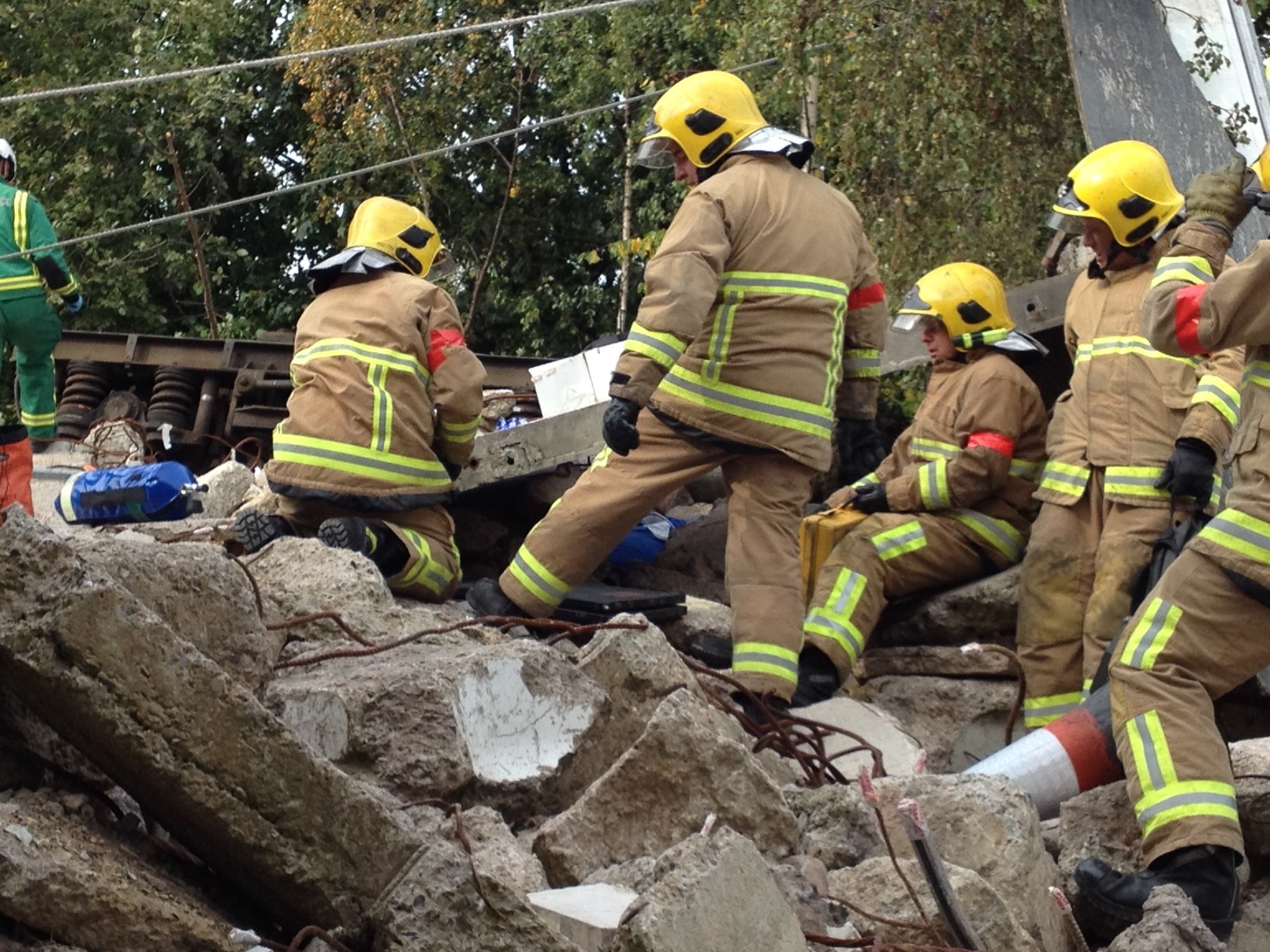 Emergency services and associated agencies face many challenges in managing major incidents such as natural disasters, terrorist threats and other large-scale incidents. Lack of information/too much information, risk and uncertainty, time pressure, competing roles and agendas, and accountability all present difficulties to decision-making. In addition to highlighting some of the common challenges emergency responders face, this talk aims to facilitate discussion on the roles and limitations of technologies for addressing such issues.

Bots for Kids: A Modular Environment for Exploring Programming through Robotics

We will demonstrate a modular robotic system designed to encourage people to experiment with learning to write software by designing and programming their own robots. The system uses a Raspberry Pi, an interface to Lego Mindstorms components, and an interface to a range of cheap Arduino compatible sensors. Programming is via Blockly, a web-based drag and drop programming environment, that runs on a server hosted by the Raspberry Pi, which means the system can be programmed on anything that runs a web browser.

Chasing a Comet: The Rosetta Mission 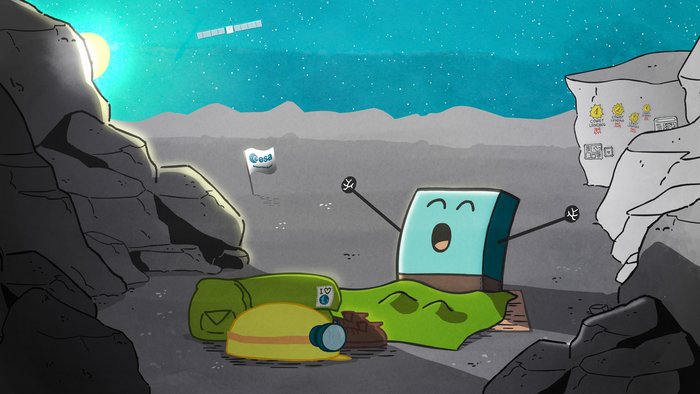 In November 2014 after a 12 year long trip, scientists and engineers at the European Space Agency successfully landed a robot on a 4km wide Comet called 67P/Churyumov-Gerasimenko. The robot lander named Philae included autonomous instrumentation designed and built by engineers funded by what is now the STFC. Presenter Alan Brown will tell the story of Philae’s journey on board the Rosetta Space Probe whilst undertaking a live comet building demonstration using dry ice to demonstrate what comets really look like and explain some of the discoveries found so far.

Fully autonomous software that is developed for airspace operations cannot be tested on real aircraft in managed airspace as there are strong legal restrictions. However, we can test such sub-systems in a virtual environment if the environment is both sophisticated and flexible. This demo presents a modular testbed with broad applicability to industrial standards for testing airspace operations. A case study of unmanned taxing is provided to demonstrate the integration and data flow of the testbed. 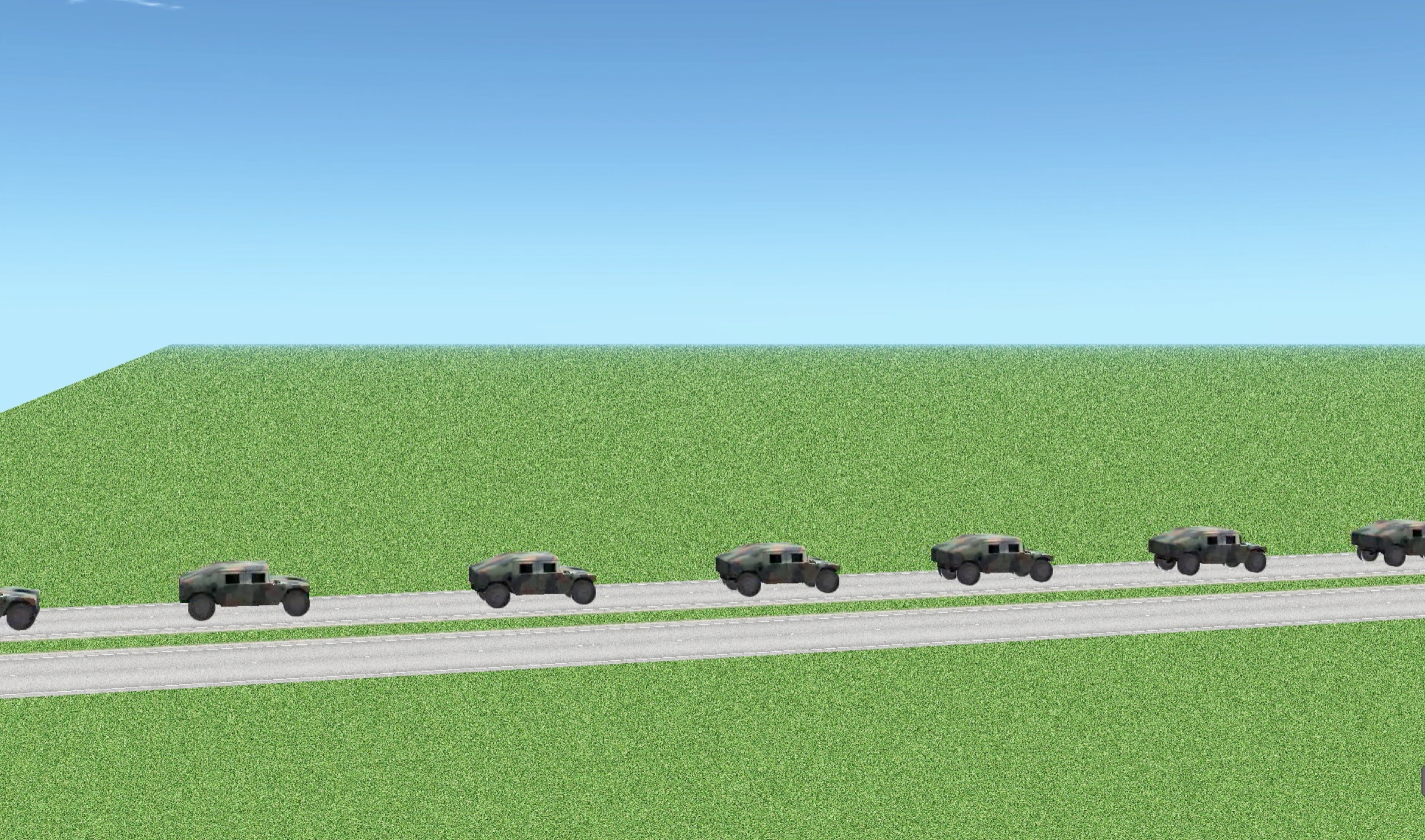 A control strategy for vehicular platooning is shown and tested in a visual environment. When the control strategy is properly tuned and reliable measurements of inter-vehicle distances are available, each vehicle is capable of maintaining a safe distance from its neighbours while traveling at a desired speed. In the demo, changes in controller parameters can be interactively tested to show how detuning can induce undesired oscillations around the desired formation.

This demonstration will show the use of wide area networking to allow assessment of a third party algorithm. 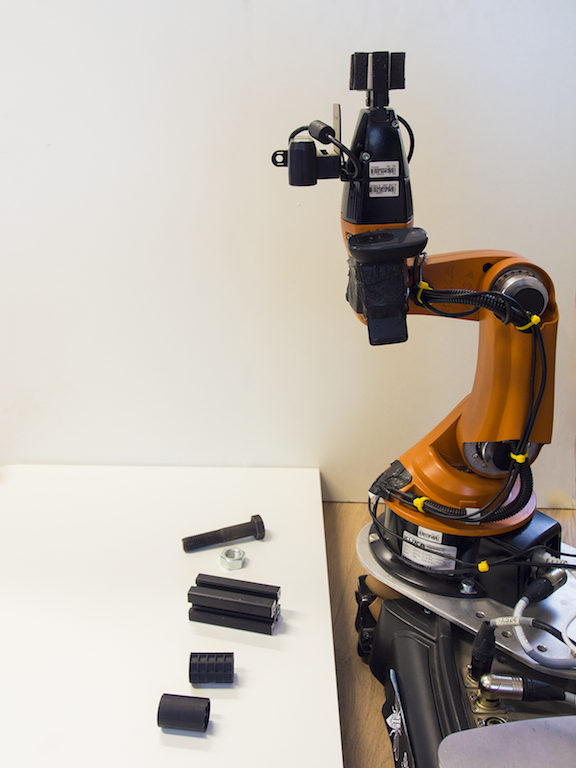 We demonstrate a “precision placement test” executed by a youBot, i.e. a omni-direcitonal ground based robot with a 5DoF manipulator. Precision placement test refers to acquiring certain objects from a service area followed by transportation to a destination area, where the environment is known in advance, but unmapped obstacles can be placed. Upon arrival at the destination area, the object will be placed with millimeter precision into object specific cavities. The cavities match the outline of the object with 10% tolerance for every dimension.

We demonstrate a simple nested PID based position controller for UAVs. In particular, we will use an external motion capture system to enable remote controlling a nano quad-rotor by pointing a wand to the desired target position.

We present MITRO, a custom-built telepresence platform. The idea of telepresence originates from the limitations of traditional video conferencing systems, in which the remote user is bound to a fixed location. A telepresence robot allows the user to drive around freely while communicating with others, e.g. to join them to their office. We go beyond standard telepresence by additionally implementing algorithms for autonomous navigation and obstacle avoidance, thereby easing the control task for the user.